Technical issues nearly DOA’d this podcast, but we scraped it together and we’re giving it to you anyway. A day late. 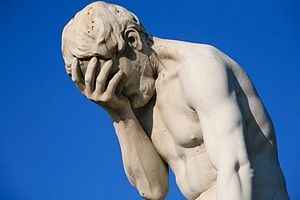 With Gustafsson deal done, who are you picking for the Flyers’ starting lineup? [Poll]

24-year old Erik Gustafsson signed a 1-year, $1M offer to remain with the Flyers through this season. His new contract is a 1-way deal. Barring injury, Gus is almost certain to start the season in the NHL, and it seems likely he’ll slot in on the third pairing and 2nd-line power play.

But with 10 defenders now under contract for 2013-14, at a total of $34.2 million against the cap, Paul Holmgren and Peter Laviolette are now facing some very interesting decisions when it comes time for camp. Who’s gonna make it?

There are a couple things we can get out of the way. First, barring a miraculous resurrection, Chris Pronger’s contract is going to come off the books as soon as possible. The Flyers are currently $2.05 million over the cap, but Pronger’s contract still counts for $4.94M (CapGeek). Moving Prongs to Long Term Injured Reserve will free up that space and make the Flyers cap compliant in one fell swoop. This takes some pressure off of the front office to pursue trades, because a salary dump – at least for the upcoming season – is not really necessary.

Beyond that, the Flyers have some roster locks:

Lock, lock, lock. Not even worth discussing whether they’ll start the year as three of the top four. How they’re paired, however, is a bit more iffy. Schenn is a big thumping defender who tends to hang near the crease and relishes contact, while Timonen and Streit both work better by taking away space and cutting off passing lanes.

Kimmo is a superior all-around player, while Streit at times plays like a 4th forward, but both have offensive skills that pair up pretty well with Schenn’s bruising character. Lavy may opt to continue to take advantage of what seemed like some good chemistry between the Timonen and Schenn last season, when they generated a 53.1% 5v5 Corsi For* while on ice together, but 49.7% and 46.6% respectively while apart.

*For the uninitiated, quick definitions of Corsi found here

This still leaves us with five defenders vying for the final two active roster spots, one of whom will see big minutes on the second line — unless a non-roster player impresses in camp and leapfrogs the group, which is possible, but let’s stick with what we’ve got for now.

END_OF_DOCUMENT_TOKEN_TO_BE_REPLACED

Ray Emery returns to the Flyers on a 1-year, $1.65M contract.
By Leech44, via Wikimedia Commons

There’s really nothing quite like the first day of NHL free agency.

Over the course of hours, the market is depleted. Twitter is abuzz with insane rumors, signings, and drama as teams try to sure up their 2013 rosters before they run out of options.

The buildup is massive. Even at the draft, groundwork is laid for what amounts to a real-world NHL fantasy draft.

The day is usually something of a marathon. Players sign intermittently throughout until about dusk, then all the intensity, passion, and emotion dissipate, leaving just reflection.

By the time I woke up Friday, news was breaking that Ray Emery was on the verge of signing in Philadelphia again.

That was it. The Flyers were done in about 30 seconds.

I hope it was as good for you as it was for me.

END_OF_DOCUMENT_TOKEN_TO_BE_REPLACED

The Price is Right for Giroux and the Flyers

In the summer of 2011, I had a pretty good gig. I’d intern a few days every week, and the others I’d wake up at 2, have some cereal, and watch the Price is Right and Fresh Prince reruns on DVR until I could go play open hockey.

I’m pretty sure I was halfway through a bowl of Cocoa Rice Krispies when I found out the Flyers traded Jeff Carter. I don’t think I made any progress on finishing it by the time I found out Mike Richards was gone, too.

When Paul Holmgren reinvented the Flyers, I spent the rest of that night sorting through questions.

My biggest inquiry was “How the hell is this team was going to score enough goals to matter without two of its most important offensive players?”

I don’t really think I was alone in asking that, either.

Less than a year later, I was toting Claude Giroux as an MVP candidate and the Flyers had no problems with their attack. Yesterday’s news officially gives closure to the Richards and Carter trades.

Now the 25-year-old Giroux is going to be a Flyer for a long time (don’t worry, he was smart enough to include a no-movement clause).

I guess the reason I described it as well deserved is because of how much he did over the last two seasons in addition to the numbers.

END_OF_DOCUMENT_TOKEN_TO_BE_REPLACED

During that season, Emery suffered a hip injury that degenerated into avascular necrosis, the same type of condition that effectively ruined the career of Bo Jackson. Despite the dire prognosis, Emery returned in 2011 to play 10 games for the Ducks, and the following season joined the Chicago Blackhawks as a backup goalie.

The move gives the Flyers a significant amount of flexibility going into next season. With Steve Mason being anything but a sure thing, Emery is a veteran presence who is more than capable of stepping in if the former Blue Jacket is unable to secure the starting spot. The contracts for both goalies only run through the end of next season, so the Flyers will essentially get to pick who stays or who goes after this year, with no cap ramifications from whichever one loses out.

In all it’s a good deal and a level-headed move for a team coming off one of the worst contracts for a goalie (or any player) in the history of professional sports.

Around the Cooler 07/04/13 – Lecavalier, the NHL draft, and other Flyers craziness

If Sam Morin turns out to be anything like this guy, we’re set
Image via Wikipedia Commons

Thoughts on Lecavalier, Holmgren, and the laughing stock the Flyers have (undeservedly) become 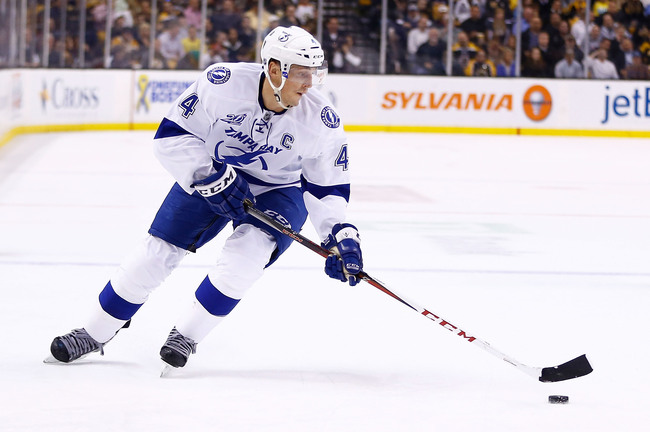 I’ve been meaning to write about the Flyers for the last week.

I had this grandiose idea that – bear with me – the Flyers have actually been secretly rebuilding for the last two seasons.

Think about it. A year after coming two games from winning a Cup, they were the Eastern Conference’s best team for the majority of the season. Then the team flamed out down the stretch and crashed in the second round of the playoffs. After that season, the team’s two pillars and arguably most recognizable players get traded in separate deals for prospects and up-and-coming assets to add to the stable of young players already on the roster.

Then, they stick with the young nucleus for two seasons and, potentially, through this offseason. Waiting for Brayden Schenn, Sean Couturier and the other young players to rise up and complete this grand puzzle Paul Holmgren has been assembling since he took apart the last successful group of Flyers.

I’m starting to think: “Hey, maybe Holmgren actually has an incredibly developed plan — He continues pumping this roster with young guys and acquires enough veterans and star value to appease a rabid fan base and a hands-on owner…”

Then yesterday happened and… umm, well, nevermind. We might have to reevaluate this. END_OF_DOCUMENT_TOKEN_TO_BE_REPLACED